Apple has just released Tracker Detect on the Google Play Store. The app is designed to allow Android users to locate AirTags nearby that do not belong to the owner and that could therefore be “suspicious”, for example, used to track their movements.

According to Apple’s description, Tracker Detect detects Item Trackers compatible with the “Find My” network that is not linked to the owner’s account. The app can then check for the presence of foreign trackers both Proprietary Apple, such as airbags, and third-party, as long as they are compatible with Apple technology.

Apple Releases Tracker Detect on Android: Here’s What It’s For
The application was designed based on concerns that arose following the launch of AirTags, with some experts have reported the possibility of using Apple trackers in a malicious way, for example, to monitor people’s movements. With the app, the user can in fact run a scan of the surrounding environment at any time if he considers it possible that someone is exploiting an AirTag or similar to keep track of their location over time. 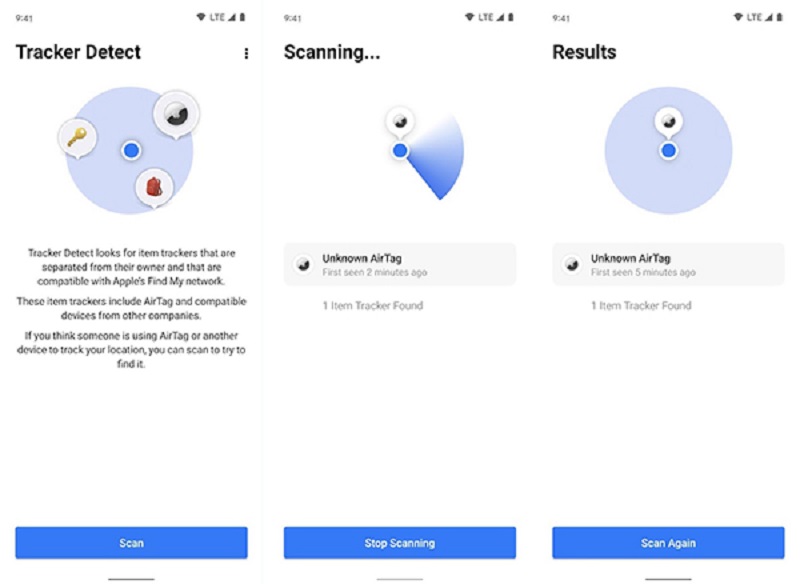 The release of the app for Android was almost an obligation for Apple. On the iPhone, in fact, Apple had introduced several security features, including a warning that guaranteed users to know if an unknown AirTag was following them. On Android, Apple has no control, and until now users had been left unprotected.

The new app can alert users when a foreign AirTag is detected for more than 10 minutes, and then make it sound to allow the user to detect its location. Once found Apple provides the necessary information for its deactivation, removing its internal battery.