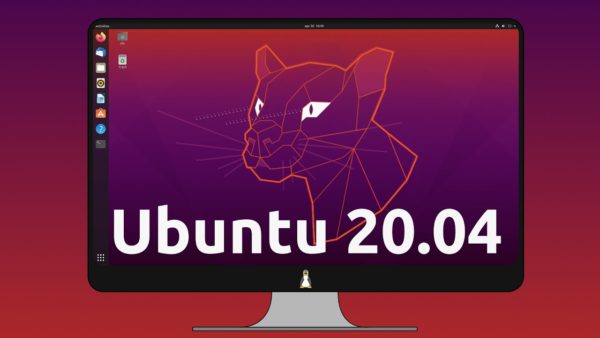 The first and most important thing you’ll notice about Ubuntu 20.04 is its new look. It is more modern and has new icons and colors. Improved GTK appearance.

Ubuntu 20.04 prioritizes Snap apps. Now, every time you try to install an application, Ubuntu will try to go to the Snap version.

It’s the same with the Ubuntu software center. Every time you search for an app in the Software Center, the Snap app will be the first option, and only in the list will you be able to find the Deb version.

So, every time you install an application, look at its original description to see if it is a snap-in package or a standard Ubuntu repository package.

However, Snap apps had some issues:

There are many other improvements in Ubuntu 20.04, most of which are technical in nature and not of interest to the average Linux user.

I would just like to point out that Ubuntu 20.04 comes with brand new software.

It has a 5.4 kernel that offers many cool features such as support for the ExFAT file system and improved Thunderbolt support.

NVIDIA drivers are now included in the ISO for easy installation.

If you’re a gamer, you’ll appreciate GameMode, which lets you run apps using a separate GPU if you have hybrid graphics: Ubuntu 20.04 even has Firefox 75, which was released just before Ubuntu was released.

I would also like to point out that while the Ubuntu 32-bit ISO is no longer there, Ubuntu 20.04 still has 32-bit libraries to support the 32-bit packages required by Wine and Steam.

The positive changes seem so overwhelming that it’s hard to find the flaws in Ubuntu 20.04. However, it is not perfect and there are some problems. Many of them have actually migrated from previous versions.
Minimize to dock still doesn’t work.

Clicking on the dock to minimize the app doesn’t work.
I don’t understand why, as this feature is available and can be activated with the command:

Also, when you click Actions, you must select any application to exit the Actions view. Clicking on an empty space works.

You cannot configure the file manager to display different views for different folders.

I also don’t like the fact that you cannot move the custom tab to the top of the left pane of the file manager.

Some Ubuntu 20.04 reviews also mention that Ubuntu 20.04 comes with an Extensions app by default. But this did not happen with my installation. It was probably included in the beta ISO, but was removed from the release. I had to install manually:

This is a really essential application that allows you to manage all of your extensions. If you want to customize Ubuntu 20.04, this application is required. For example, you can unplug the Ubuntu dock and get the classic GNOME shell look.

I have always been very critical of Ubuntu. Surprisingly, Ubuntu 20.04 changed my approach. It has so many improvements that I can recommend it with confidence.

Try it! I believe you will not regret it. This is a long-term support version, so it will last for a long time (until April 2025).