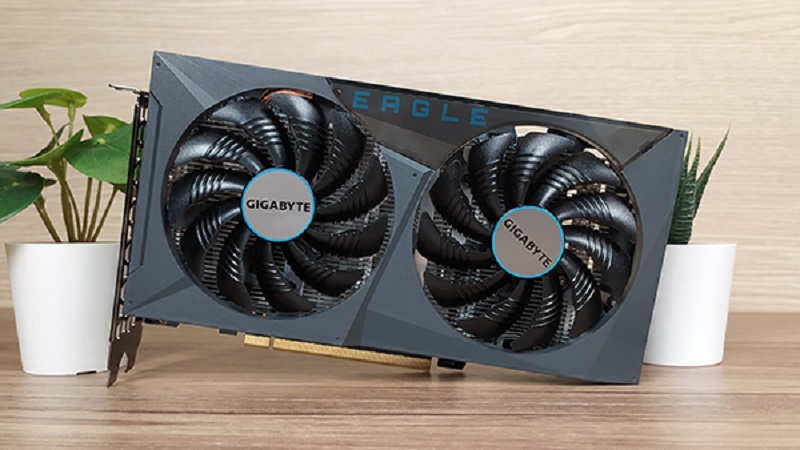 NVIDIA expands, this time downwards, the range of GeForce RTX 3000 video cards with the GeForce RTX 3050. The newcomer represents the gateway to NVIDIA’s Ampere architecture in the desktop field and does not miss any of the features of the project: 2nd generation RT core, 3rd generation Tensor core, and other technologies such as Reflex, Image Scaling, Broadcast and more.

It is the first GeForce RTX of the 50 series, given that the Turing range had stopped at the GeForce RTX 2060 and NVIDIA had covered the lower range with GeForce GTX 1600 solutions, such as the GTX 1650 and GTX 1650 SUPER, devoid of RT cores and Tensor cores. It is a totally different product from those cards, much more powerful in raster performance and with the aim of offering over 60 fps by activating ray tracing with the help of DLSS. 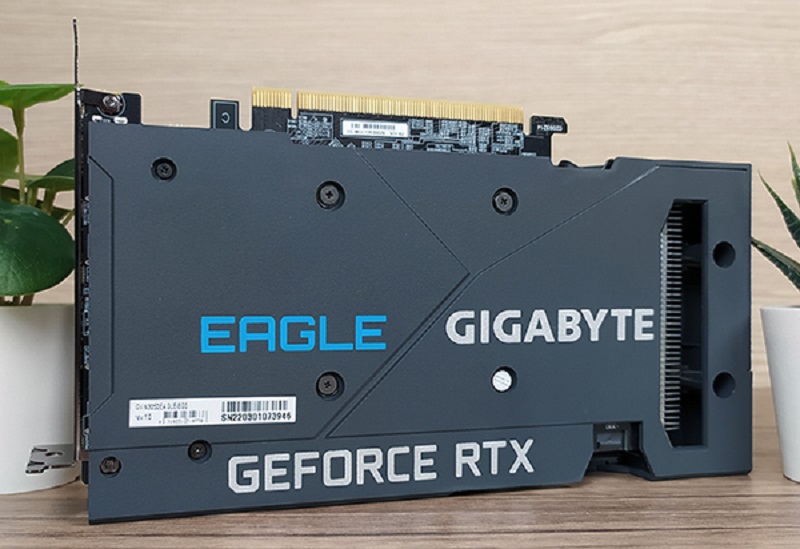 The GPU is connected to 8 GB of 14 Gbps GDDR6 memory via a 128-bit interface for a bandwidth of 224 GB/s. The TDP is 130W and NVIDIA recommends pairing it with a system with a power supply of at least 550W.

It should be noted that this card has a PCI Express 4.0 x8 interface, compared to the other RTX 3000 with a PCIe 4.0 x16 interface. As we have seen when testing the RX 6500 XT, the transition to PCIe 3.0 x8 in the case of an installation on an older generation platform does not result in performance drops, at least at the moment.

The GeForce RTX 3050 in mobile version offers 2048 CUDA cores, 64 Tensor cores, and 16 RT cores, while the GPU is connected to 4 GB of GDDR6 memory on a 128-bit bus. The TDP is between 35 and 80W, depending on the OEM settings. Two different solutions, so just to emphasize it so as not to get confused. There are many similarities with the RTX 3050 Ti mobile, except that the mobile solution has only 4 GB of GDDR6 memory onboard.

In the editorial office has arrived an RTX 3050, precisely the Gigabyte RTX 3050 EAGLE 8GB. It represents the basic offer of the Taiwanese company for this specific model, as the range includes an aesthetically identical EAGLE OC and a GAMING OG with three fans.

The Gigabyte RTX 3050 EAGLE 8 GB is a video card that comes with a design with few frills, but its look does not displease us at all, perhaps because we are more for substance than appearance.

The board is equipped with a fairly basic WindForce 2X cooling system, with two 90 mm fans (with a graphene nanolubricifier that should increase its longevity) that turn alternately to reduce turbulence and increase air pressure towards the radiator below, where you can see a heat pipe that from the GPU area exchanges heat with the outermost part of the radiator.

It is not a random choice, in fact in that area, there is an opening for the passage of fresh air. The backplate is in fact open and allows hot air to be pushed to the top of the case. As for the rest of the board, in terms of technical specifications, it follows in all respects those of reference, also for the presence of an 8-pin power connector. In the back, there are two DisplayPort 1.4a and as many HDMI 2.1.

The board is quite compact, although we have seen even smaller solutions: the length is equal to 21.3 cm, while the thickness (height) reaches 4.1 cm. 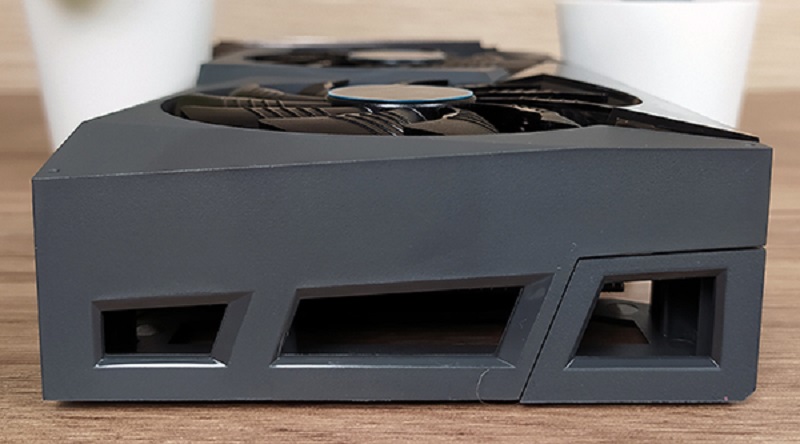 Performance in traditional rendering, without ray tracing
In a way of gaming that is increasingly embracing ray tracing, there are still many players who delight in “traditional” games, based on mere rasterization. In addition, ray tracing is currently optional (except Metro Exodus Enhanced Edition), so let’s see how the new RTX 3050 8 GB behaves without enabling ray tracing.