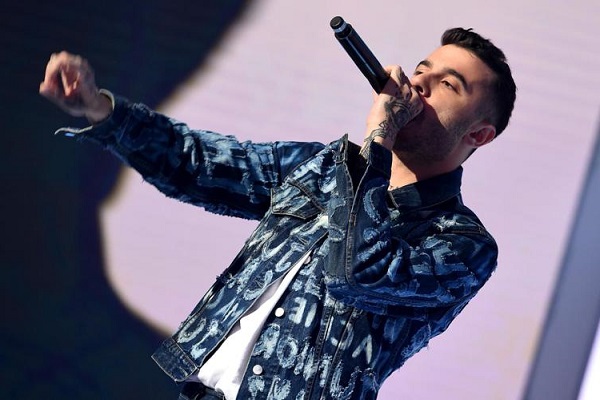 In a song-invective, the rapper accuses his colleague of participating in the Festival with a song also written by him

Two days before the start of Sanremo 2022, a sensational accusation falls on Highsnob. Junior Cally supports, in a song of ‘dissing’ written for the occasion, published a little while ago on Youtube and entitled ‘Dear Mike’, which Highsnob presented at the Festival ‘Abbi cura di te’, a song written by him. “With what courage, you brought to Sanremo a song, friar, written by me. You are a poor man”, sings Junior Cally who at Sanremo 2019 was at the center of controversy with his ‘No thanks’.

“It is right that you know, ladies and gentlemen: that passage is also mine. And he didn’t pay the producers either”, continues Cally in the song-invective against his former friend Highsnob, born Michele Matera, hence the title ‘Dear Mike’. According to Adnkronos, the two had made sessions together for a project that was never born because the relations between the two had been interrupted by disagreements. “I have our song on my phone – continues Junior Cally in the instant song born to denounce the colleague – I can hurt you but I do without it. Today I save you shit, for I am not infamous. I could publish it, put you on the train. Now I leave you. I no longer have an appetite. Gnat. You are a poor man. Enjoy the minutes in Sanremo. I give you the opportunity to feel alive. Now go, run on stage. This time I thank you. With you, I’m done. Just know that it lasts 3 evenings. Sanremo ends. And you return a failure.”

Below is the full text of the song-invective of Junior Cally, which the latter advertised on Instagram starting from a photo with a memory of the period in which he worked with Highsnob.

You brought to Sanremo

a piece friar wrote by me you are a poor man

It is right that you know

That song is also mine

And he didn’t pay the producers either.

I lent you ten thousand

And then back I saw nada

With my Prada at my feet

I never asked you anything

As much as you were sorry

Why people who are sick

Poor women must be helped

You talk about Strada frate

Who knows if Enzo knows

That you stole from us with Wannabe

You would sell your tipa

for a fistful of dollars

You have betrayed me

When you had pieces in your ass

I also paid you the rent

Differences between you and me

It’s that I’m too true

You suck and are too fake

I will add your name

I kill you so strong friar

In comparison fiber and cow

They are best friends

While signing the first contract

I still remember how happy I was

But for you I was more so

Then I signed the first contract

But you weren’t there you were gone

Because deep down you dreamed of it

Friar, I swear I don’t understand you

And I admit it’s unpleasant

But say it because the disc was skipped

Because between the two you were the weaker

But on one thing you were right

I was lost then luckily

I found myself executioner my voice

The production gives the extreme unction

And I don’t hear the beat

If I take the pen you know you will behead

No, they didn’t subside

I can understand it mado what a shame

At the live shows with you, they didn’t you

Poarrivavo on stage exploded the crowd

You signed Sony thanks to me

And thanks to me then you signed fep

When you were in desire for your ex

Who you called me

You’re a hello against a Ducati

Do less cool give out of courtesy

That your most-streamed pieces

You can find them at my house

The whole scene is dressed in black

Another colleague is dead you light a candle

With your budget, I buy a watch

Your fans down the street hanging the obituary

And the more time passes, the more I agree with Fedez

Because I filled envelopes

Feel the flesh that opens I put the salt as Nusrat

Of the winner’s song

I have our song

Above the mobile phone

Can I hurt you

But I do without it

Today I save you shit

That they are not infamous

I could publish it

Get on the train

Now I leave you

I no longer have an appetite

You are a poor man

Look forward to it

I give you the opportunity

This time I thank you

With you I’m done

As long as you know

And you return a failure,” the song concludes.