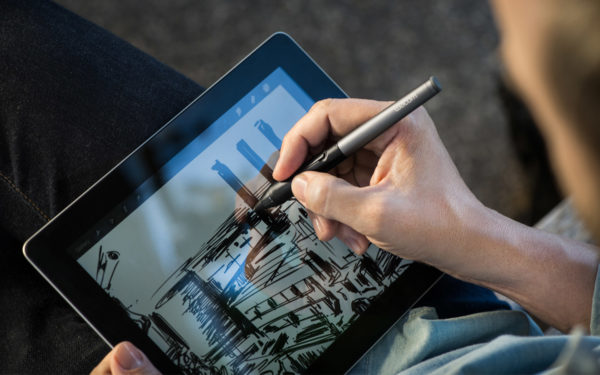 What’s the best tablet with a stylus in 2020? There are many options with Android, Windows 10, and even iPad.

What’s the best pen-enabled tablet? Of course, this depends on your personal needs. First, you have to ask yourself what kind of operating system you want. Looking for a Windows 10 tablet? This will narrow down your options considerably. Or do you want an iPad because you also use an iPhone? Or do you prefer a Samsung tablet because you are using a Galaxy Note smartphone and want to use the same pen?

After that, you have to think about your budget. If you have no limits, the iPad Pro, Microsoft Surface Pro 7, and Samsung Galaxy Tab S6 are great choices. They are the best of the best. But they are all quite expensive and if you do not need a lot of performance you will get very good cheaper models.

You should also consider screen sizes. The 12-inch iPad Pro and Surface Pro 7 are very large. You will need an appropriate backpack or laptop bag to take with you. On the other hand, the iPad Mini and Samsung Galaxy Tab A 8.0 with S Pen will probably fit in your jacket pocket. 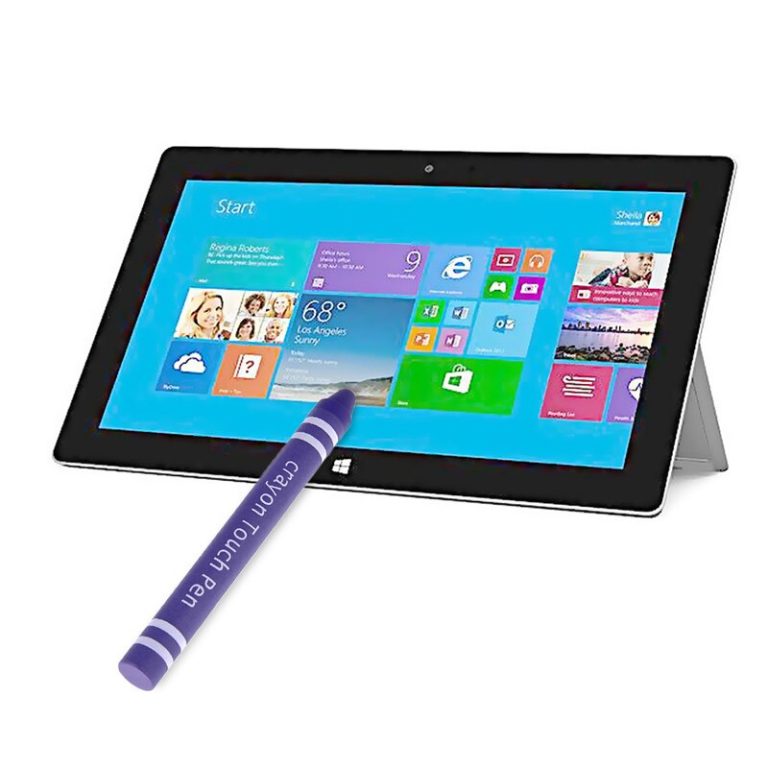 The best Android tablets with a stylus

The best pen-enabled Android tablets for most are Samsung’s S Pen devices. They offer many software features for their stylus, including a great note-taking app, as well as many special features and shortcuts. I also love that their S styluses are interchangeable. If you don’t like the one that comes with your device, you can simply buy another one. For example, you can use the exact same stylus on your Galaxy Tab and Galaxy Note.

Samsung Galaxy Tab S6 is the best Android tablet. Plus, it’s the best Android tablet with active pen support. In fact, the S Pen comes at no extra cost and works great. It supports 4096 pressure sensitivity points, and thanks to built-in Bluetooth, you can use it to control applications such as a camera and Microsoft PowerPoint.

With this tablet, you get a great 10.5-inch Super AMOLED screen, a very fast processor, and Android 9 Pie with likely future updates. It also has many premium features. These include four speakers, a built-in fingerprint reader, and a top-notch build. Unfortunately, this is the most expensive Android tablet. 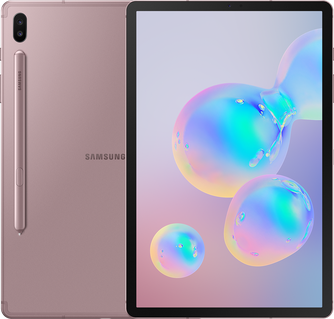 If you don’t want to overpay for the Galaxy Tab S6, you can try considering the earlier Samsung Galaxy Tab S4. Sure, it’s a year older than the S6, but it’s still a very powerful tablet. In fact, the features of the S Pen are almost identical. It even has a very similar 10.5-inch AMOLED screen and has already been updated to Android 9.

There are some differences, of course. While the Tab S4 does not have a fingerprint scanner, it does have an eye scanner that can be used to unlock the tablet and recognize faces. Its Qualcomm Snapdragon 835 octa-core processor is not very fast, but fast enough for almost any day-to-day task. Including for premium games. 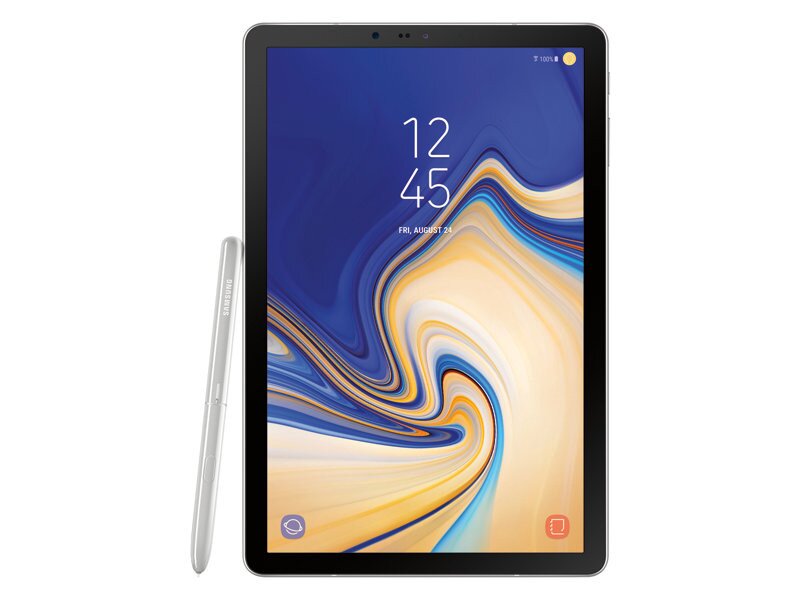 The Samsung Galaxy Tab A 8.0 with S Pen is the best and only option if you’re looking for a pen-enabled 8-inch Android tablet. It is supplied with or without the S handle. Unlike all current competitors, the stylus is thin enough to fit inside a tablet body. As usual, Samsung has pre-installed a variety of stylus-optimized software.

You can think of the Galaxy Tab A 8.0 as a mid-range tablet that fits most. It has a Full HD screen, decent performance, and a well-optimized Android 9.0 Pie. 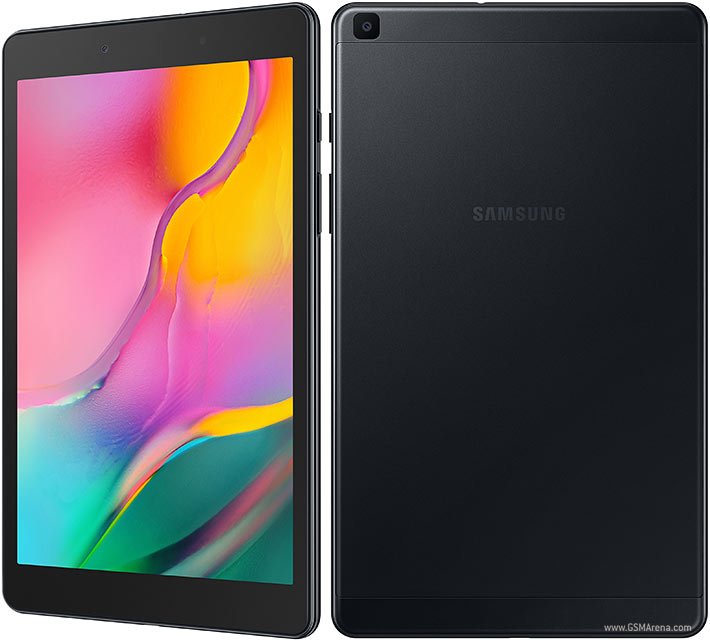 The Huawei MediaPad M5 Lite 10 is the best available option if you’re looking for a stylus-enabled Android tablet that isn’t offered by Samsung. For this, Huawei offers the M Pen Lite, which can be purchased separately. It runs on a standard battery and supports 2048 pressure sensitivity levels. As with the M5 Pro, there aren’t many pre-installed apps that use the stylus that you have to get yourself from the Play store.

The MediaPad M5 Lite 10 is a good mid-range tablet in and of itself. While not as fast as the Galaxy Tab S6, it will be powerful enough for most users. The screen is not as high-resolution, but again, it is much cheaper. Its hallmarks are its premium features, which include four speakers and a fingerprint sensor. 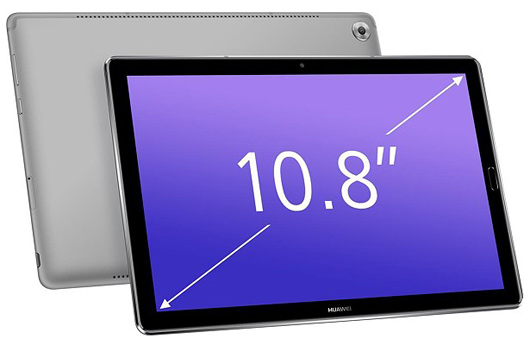 The best Windows tablets with a stylus

Microsoft Surface Pro 7 is the best Windows tablet with a stylus. And for most, I think this is the best stylus tablet overall. With the Surface Pro 7, we get amazing build quality, a great display, and the best fast Intel Core processors. Besides, Type Cover is a very good keyboard. And while you have to buy it separately, the Surface Pen is an outstanding stylus. It is pleasant to hold, uses a standard battery, and has 4096 pressure sensitivity levels.

You may want to consider the Surface Pro 6 with 10th Gen Intel Core i3, i5, or Core i7 processors, as well as 16GB of RAM and SSDs up to 1TB. Thanks to this hardware, the tablet is as powerful as high-end laptops. At the same time, Windows 10 has a lot of stylus features built-in, such as handwriting recognition and Microsoft OneNote. The only drawback is its price. You have to pay a premium price for a premium tablet.

If you’re looking to save money, you can try getting a great Microsoft Surface Pro 6 tablet. While 8th Gen Intel Core I processors aren’t as fast and you don’t have a USB C port, everything else is pretty much the same. In fact, the Surface Pen for Pro 6 and Pro 7 are the same.

So, especially when using note-taking apps, you probably won’t notice the difference. But if you want high performance for programs like Adobe Photoshop CC, many might want to spend a little extra on performance. Microsoft’s Surface Pro X tablet isn’t for many users. It is a very impressive tablet with an almost perfect design and a very beautiful 13-inch screen. You can use it with a regular Surface Pen or the newer Surface Slim Pen.

However, because the Surface Pro X comes with an ARM processor, older desktop apps like Adobe Photoshop CC perform much worse than the Surface Pro 6 or 7. This means it’s a great choice for handwritten notes and drawings only. But certainly not for more professional design applications. 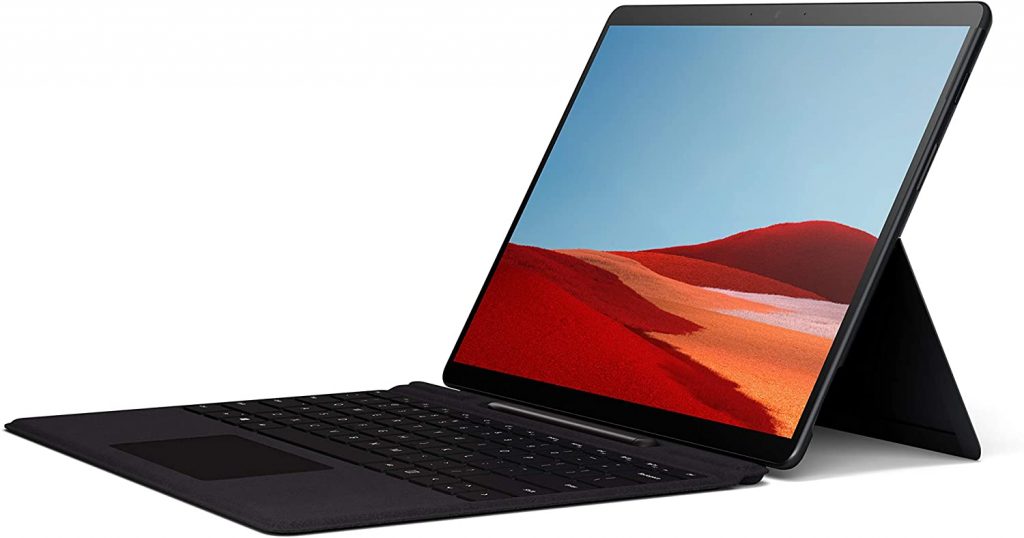 Surface Go features a 10-inch Full HD display and an Intel Core M3 8100Y 3400MHz processor. You get 8GB of RAM and 128GB of shared storage. That’s enough for fast and intensive Photoshop work and even more so for less complex tasks. Best iPad with a stylus

Apple didn’t want us to use the stylus with the iPad for a very long time. But that has changed over the past couple of years. You can now get the so-called Apple Pencil, which works with all current iPads, including the cheapest iPads from 2018 and 2019. Earlier models are the best and inexpensive options for most stylus-enabled tablet seekers. However, if you are looking for a higher-end device, you should consider the iPad Air, iPad Mini, or iPad Pro. The latest iPad Pro models only work with the Apple Pencil 2.

If you don’t want to buy an expensive Apple Pencil, you can opt for the Logitech Crayon as a cheaper alternative. Which works with all current iPads as well.

If you have a lot of money to save on the 2018 model, the iPad Pro 11- and iPad Pro 12.9- (2020) are the best stylus-enabled tablets you can get. Apple Pencil 2 is pressure-sensitive and can recognize when you tilt it. It charges via inductive charging on the top of the iPad Pro. For example, you can double-tap its side to switch tools in the notes app. The pen is widely supported by iOS and many third-party applications.

The current iPad Pro tablets are the fastest tablets available thanks to their Apple A12X SoC. In fact, they are faster than all Microsoft or Android tablets. Its strengths include high-resolution screens with refresh rates up to 120Hz, all-metal housings, and Face ID that works great. 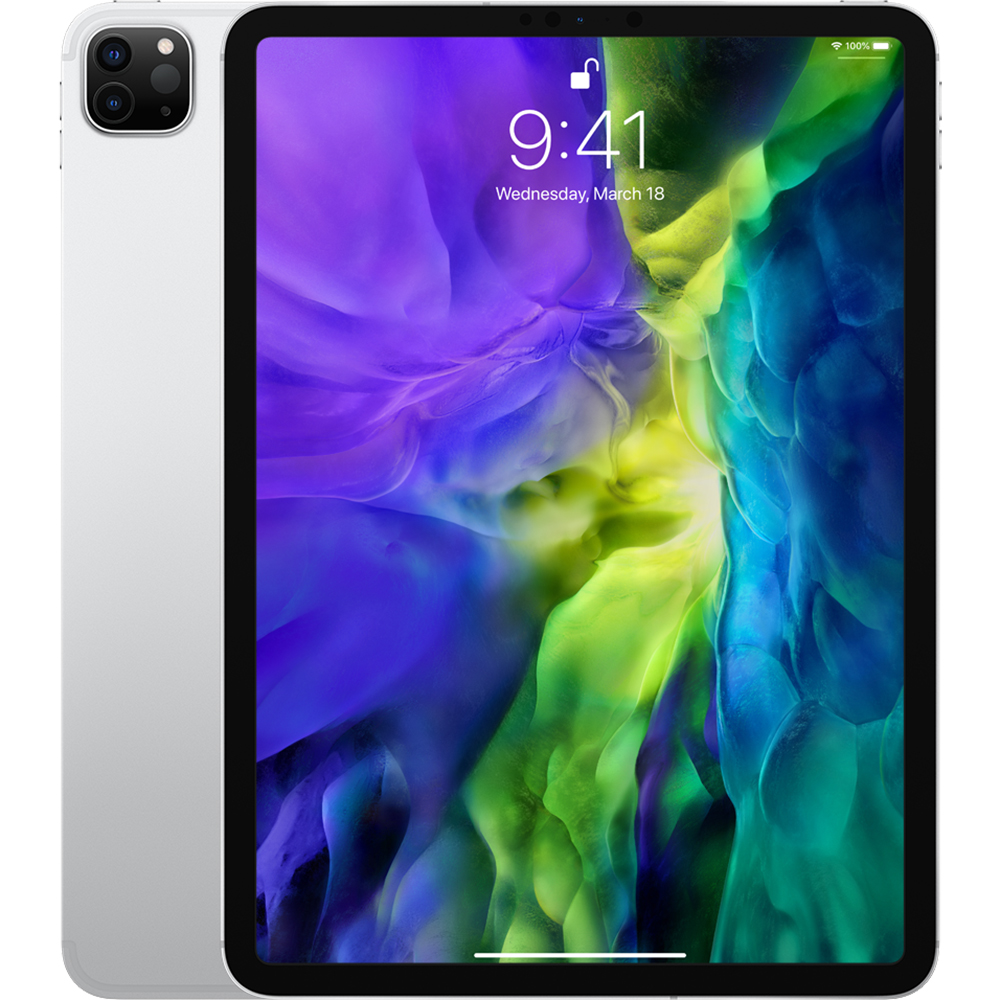 Apple iPad Air 3 is the best alternative if you don’t want to spend a ton of money on an iPad Pro and want a higher quality device than the standard iPad. This iPad Air supports the original Apple Pencil, which you must purchase separately. The handle is pressure-sensitive and works great across the entire operating system.

The tablet itself is almost as good as the iPad Pro. It is powered by the same Apple A12 processor that we are already familiar with from the iPhone XS. As usual, we get an all-metal body, Touch ID, two good speakers and a nice 10.5-inch display. There are two modifications with different amounts of built-in memory 64 and 256 GB. 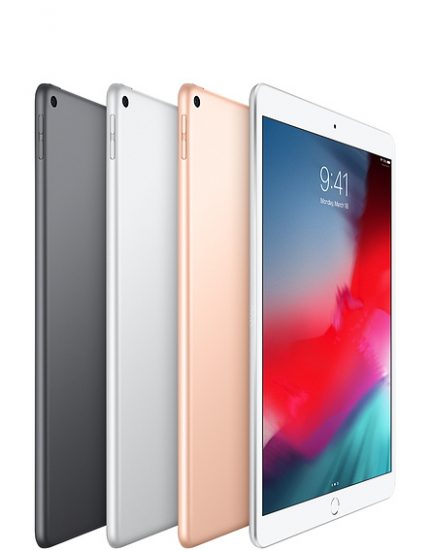 iPad Mini 2019 is the best 8-inch tablet you can buy. And since you can use it with the original Apple Pencil. Apple Pencil 1 works great, is pressure-sensitive but needs to be purchased separately. It works on iPad Mini just like any other current iPad.

Although the design of the iPad Mini has barely changed since the first models, it is very powerful thanks to the Apple A12C chipset and 3GB of RAM. Its build quality is very high, Touch ID is built-in, and iOS will be updated for years to come. 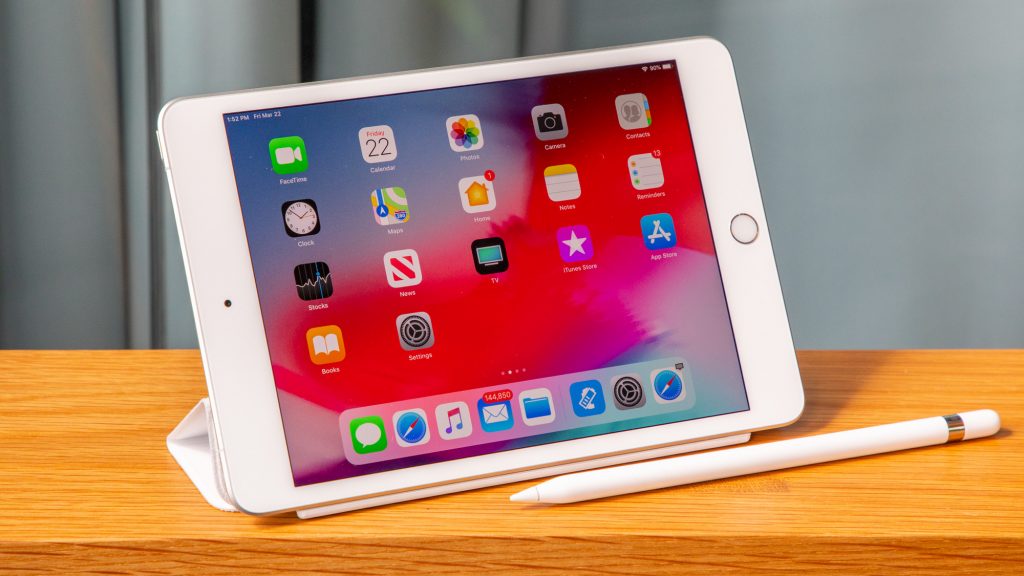 Apple iPad 7 is the cheapest tablet from Apple at the moment. Like its predecessor, it supports the first-generation Apple Pencil, which you must purchase separately. It works the same as on iPad Air and iPad Mini. At the same time, unlike the Pro, Air, and Mini, the standard iPad 7 does not have a laminated screen. This means that you can see a small air gap between the IPS panel and the touch glass.

With its Apple A10 Fusion processor, it is the slowest iPad on this list, but faster than many Android devices. With 3GB of RAM, it should continue to receive regular iPad OS updates over the coming years. 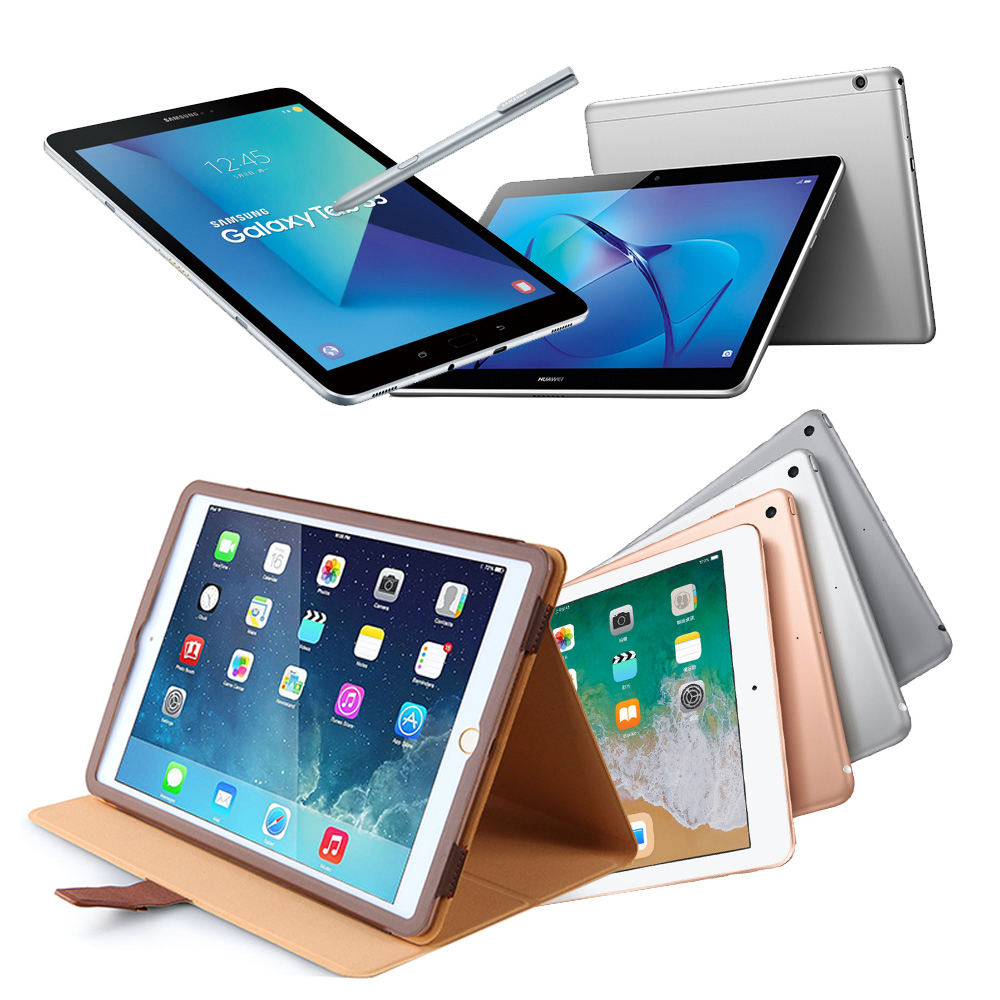