Uncharted: The Legacy of Thieves, an unmissable collection for PS5 players – Review 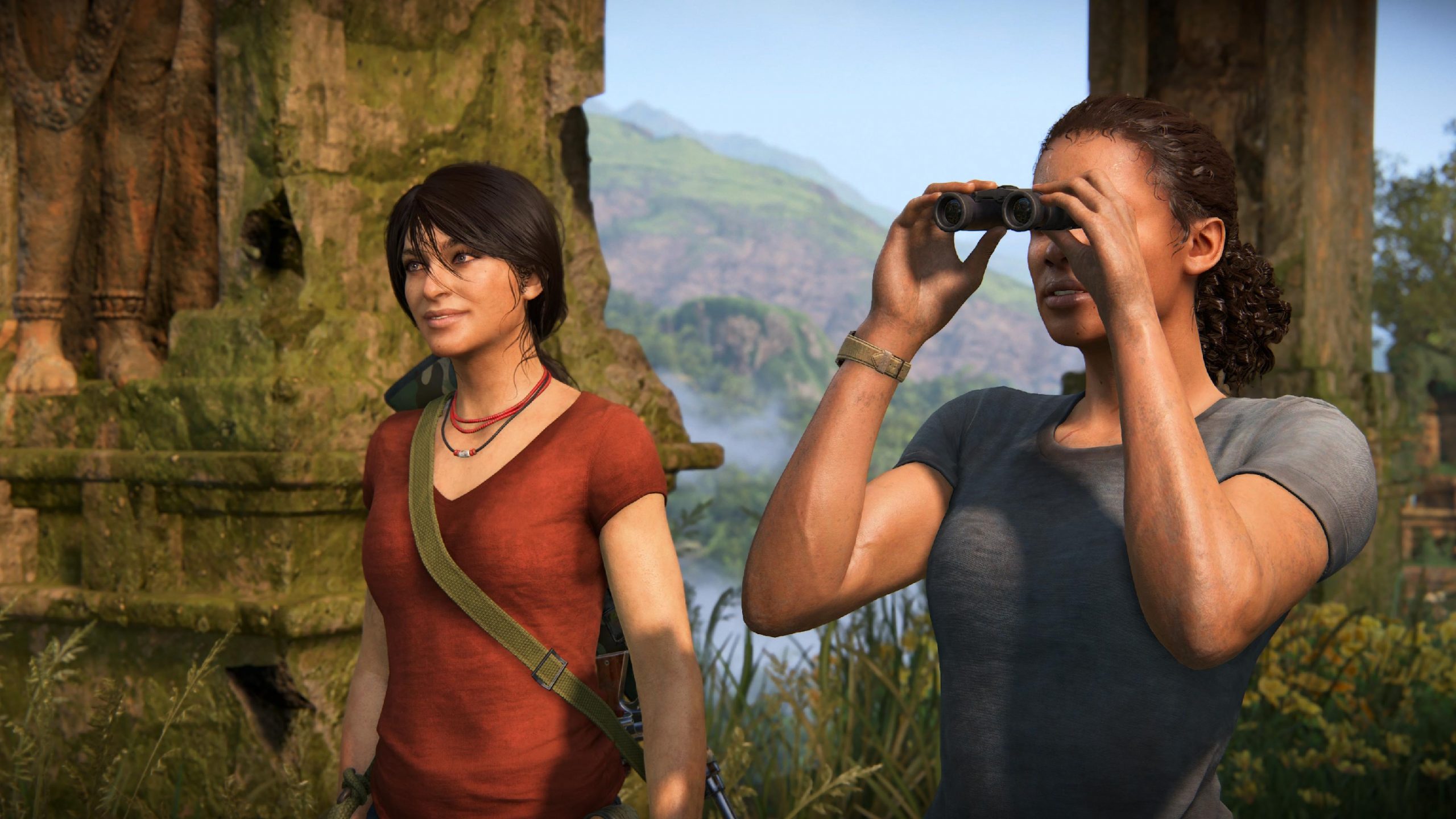 Rate this post
Explore this article
“I am a man of fortune, I must follow my destiny”A treasure hunter meets a mercenaryUncharted Embraces the next-gen PlayStation 5

The guys of Naughty Dog are undisputed masters of videogame fiction and have demonstrated this with the most recent The Last of Us: Part II, an authentic interactive drama, a work that has been able to touch the deepest emotional chords of the player and move them with a brutal and bloody story. Before the adventures of Ellie and Joel, however, the Californian team had catapulted us into the world of Nathan Drake, the iconic protagonist of Uncharted, a series that stands out from the already mentioned The Last of Us with lighter and more carefree narratives, but no less engaging. Nate and colleagues have given us some of the most exciting moments ever, accompanying us to discover exotic worlds and legends lost in time – elements that we will find in the long-awaited feature film with Tom Holland, out next month.

Today, a few years after the release of the last iteration of the franchise, we return to impersonate those charismatic heroes who have held hands for two different generations of consoles. To give us this opportunity is Uncharted: The Legacy of Thieves, a collection that includes the fourth chapter of the series, A Thief’s End (2016),and its spin-off, The Lost Legacy (2017), both launched on PS4 and now remastered for PlayStation 5.

Among the novelties of the two ports we find support for the functionality of the DualSense controller and full compatibility with next-gen hardware, which allows the two action/adventure to offer instant uploads and an even more impressive graphic sector. An unmissable opportunity for those approaching these two masterpieces for the first time, but does the same apply to Veterans of Uncharted? Let’s find out together in the review. 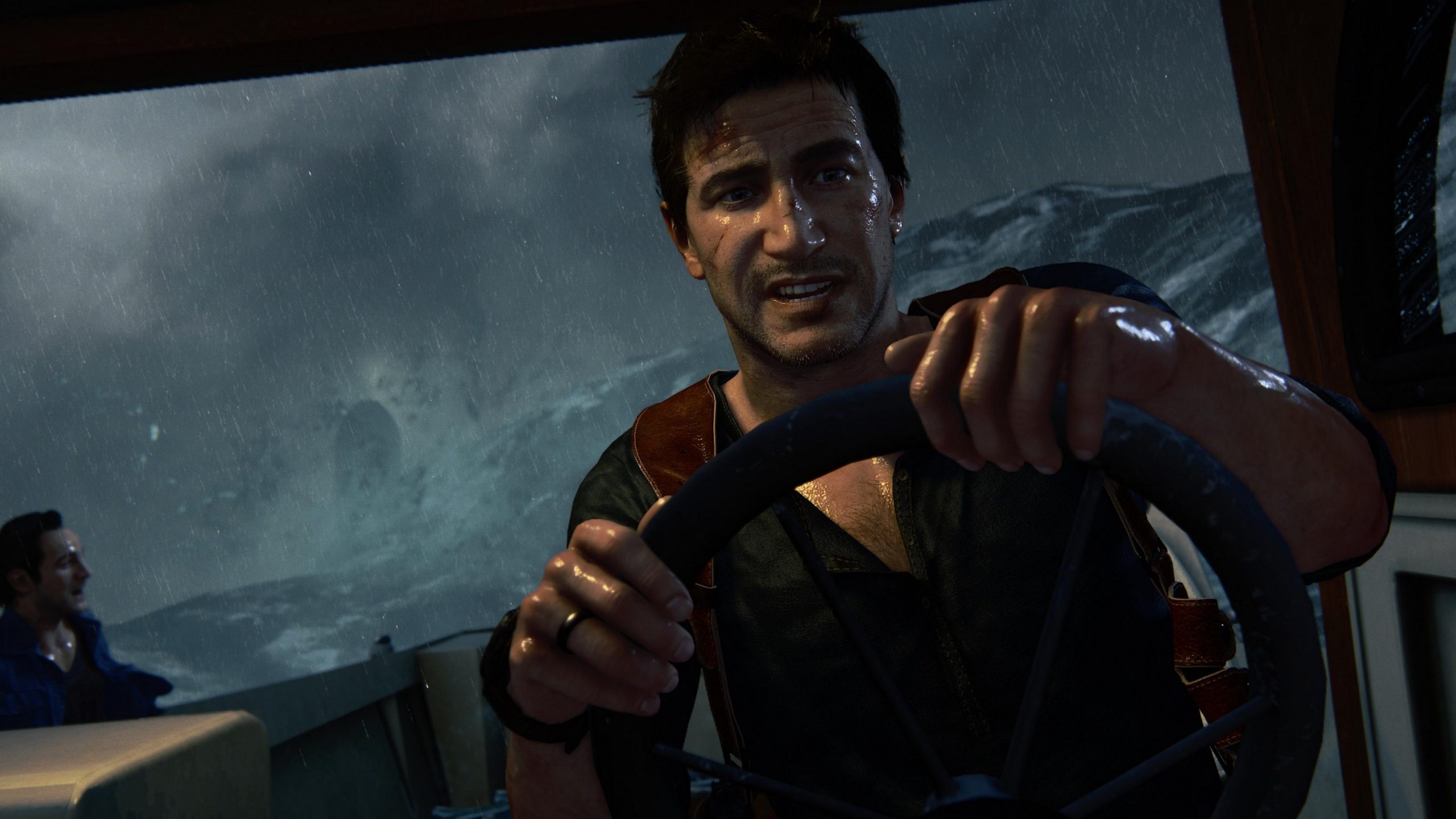 “I am a man of fortune, I must follow my destiny”

Thanks to a code provided by Sony PlayStation we tried a preview of The Legacy of Thieves to analyze its novelties. We anticipate that, being a remaster, the main differences with the original titles concern purely the technical sector, but it is necessary to remind newcomers to the franchise why Uncharted is one of the most important names in videogame history – refreshing the memory even to long-time fans, perhaps.

In Uncharted 4: A Thief’s End we take on the role of Nathan Drake, the treasure hunter we have come to love since his first adventures on PS3. Thus, three years after the discovery of Ubar (Drake’s Deception), the thief leads a serene and comfortable life alongside his wife Elena Fisher, his former collaborator. A life that does not seem to belong to the gritty Nate, who will soon return to the track to continue the search for the greatest pirate treasure in history, the one hidden by the legendary Henry Avery. To give him a boost is Samuel ‘Sam’ Drake, believed dead for over fifteen years and reappeared to ask for the help of his younger brother: being indebted to the drug lord Hector Alcazar, Sam has only three months to find Avery’s treasure, under penalty of death.

With this narrative background with important premises, A Thief’s End transports us into a heart-pounding adventure, made of fights and incredible discoveries. Uncharted 4 inherits the adrenaline-pumping gameplay of its predecessors and elevates it to new qualitative heights by improving platforming sections, shooting and bare-handed combat. Everything meets a level design of excellent workmanship,perhaps one of the highest points touched by Naughty Dog: the scenarios widen and invite the player to long exploratory jokes, putting at his disposal a versatile truck and a couple of tools that will facilitate the dizzying climbs. 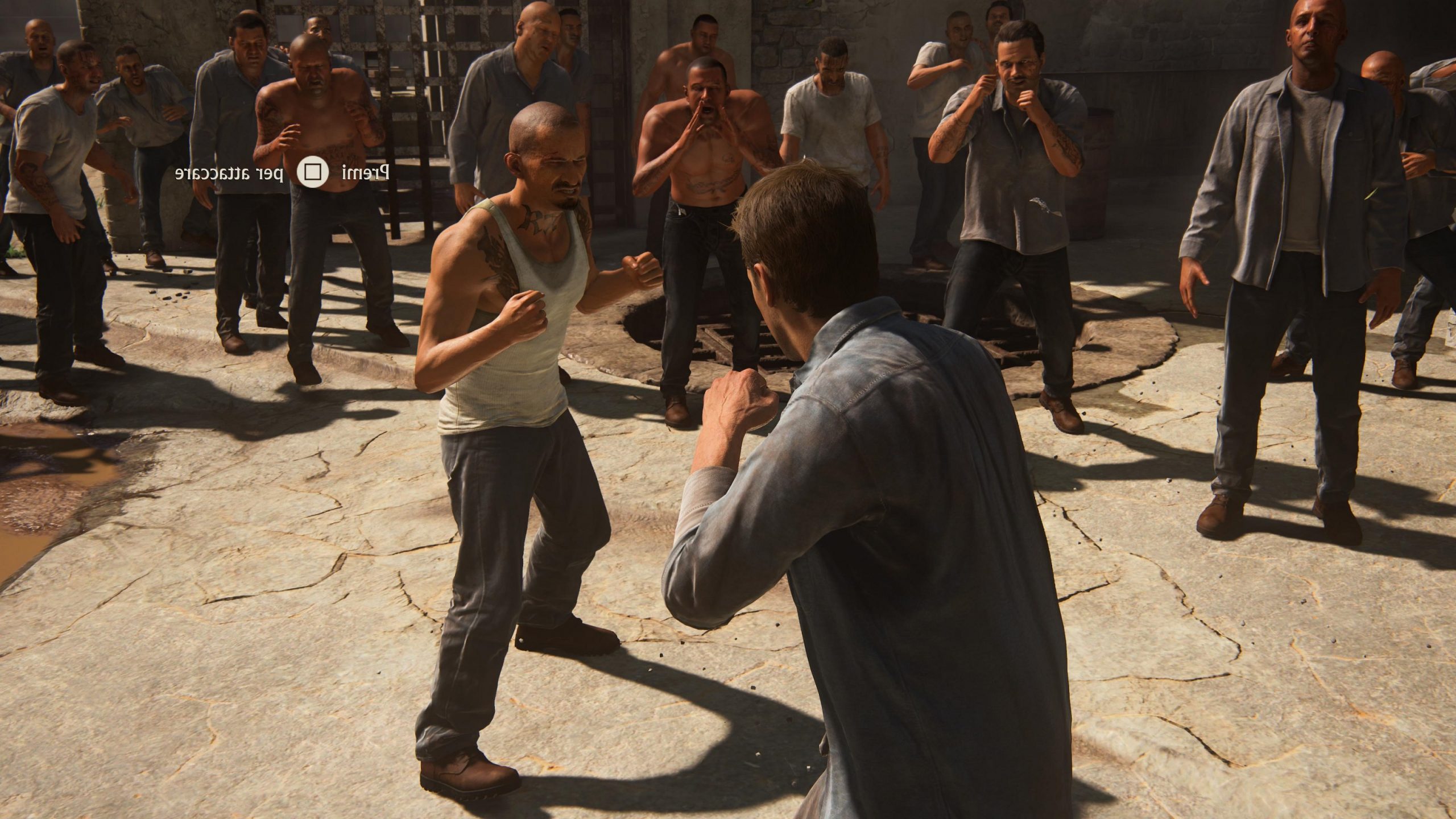 The cinematic detachments highlight a clever use of the camera, efficient during the most agitated clashes and exhilarating during the scripted moments of the campaign. The Hollywood imprint of Uncharted 4 is underlined by extremely realistic facial animations – which, in our opinion, remain incredible to this day – and by a soundtrack to say the least epic, seasoned with exotic arrangements that recall the world of pirates.

A treasure hunter meets a mercenary

From Libertalia we move on to the Western Ghats, in India, where the unlikely duo formed by Chloe Frazer and Nadine Ross is looking for an ancient artifact: the Ganesh Fang. Presented as an expansion of the fourth chapter, Uncharted: The Lost Legacy is in effect an episode in its own right, a long-lived title that even dares to improve the good seen in A Thief’s End, adding further variety to the exploration and beyond.

After her brilliant debut in Uncharted 2: The Den of Thieves, Chloe Frazer gets the lead role in the adventure that delves into her fascinating story. Daughter of a well-known Indian archaeologist, Chloe decides to retrace the steps of her ‘mentor’ by setting out in search of the treasure to which the man had dedicated his entire life. To succeed, the explorer decides to recruit an old acquaintance: itis Nadine Ross, former mercenary and antagonist of the fourth episode. After clashing with the ruthless Asav and his army of rebels, Chloe and Nadine set off for India until they land in a valley of Hoysala ruins.

In this verdant scenario is set much of the campaign of The Lost Legacy, which distances itself from its predecessor by offering the player more freedom of maneuver right away. The Hoysala valley can be explored freely by piloting a jeep, a real extension of the two protagonists, and following a detailed map that keeps track of the discoveries made and the next objectives to follow. Of course, we could talk about ‘open world’, but the size of the setting remains all in all contained. 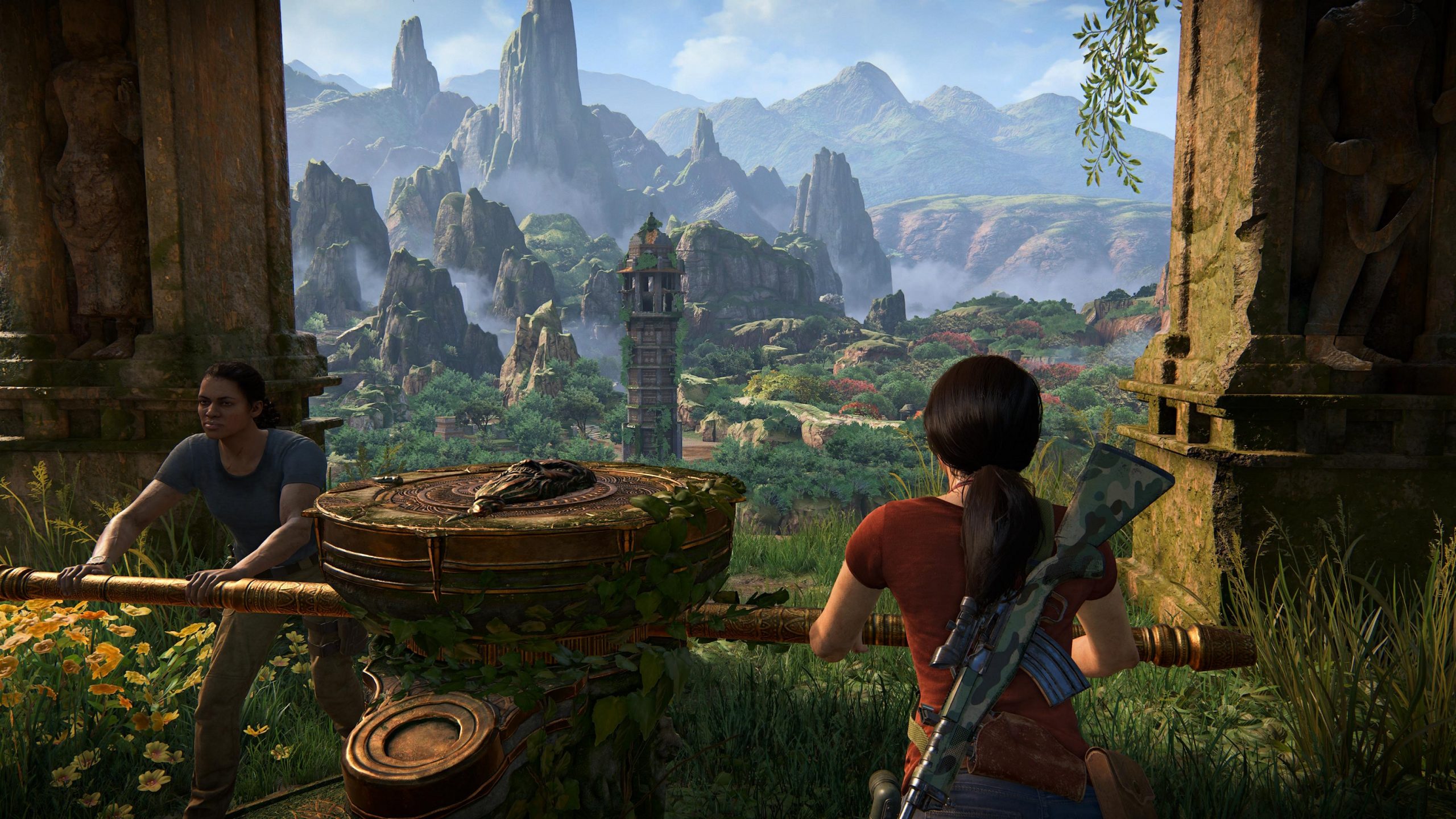 As anticipated, Uncharted: The Lost Legacy inherits most of the merits of A Thief’s End and even introduces new mechanics, such as that of burglary. During this process, however, the spin-off also drags those few flaws that characterize the fourth chapter, such as the AI of the enemies, decidedly not very reactive during the clashes and, above all, in the stealth sections. Another flaw that exclusively stains the adventure of Chloe coincides with the figure of the antagonist, Utsav, a stereotypical character devoid of any thickness, which prevents the story of this chapter from taking off as it should.

Returning to the subject of the technical sector, the restoration work embodied by Uncharted: The Legacy of Thieves does not disappoint expectations on PlayStation 5 and, on the contrary, reserves a couple of very welcome surprises. It is on this front that veterans of the franchise – who have already ‘pulped’ the two episodes described here – will find reasons to consider buying the collection.

As expected, the main innovations concern resolution and frame rate, variable according to the graphic mode chosen in the settings. Opting for the Fidelityoption, in fact, the two games will run in native 4K resolution to give us extremely sharp images, at the expense of a frame rate that settles on 30 FPS, even if granite. In the most interesting Performance mode, instead, we switch to 60 frames per second, which flank an upscaled 4K resolution (basic 1440p) on compatible TVs or, on older screens, a supersampled 1080p resolution with a visibly improved anti-aliasing. For the most demanding there is also a small extra, namely Performance +, which brings the frame rate threshold to 120 FPS in Full HD; the price to pay is a slightly lower level of detail. 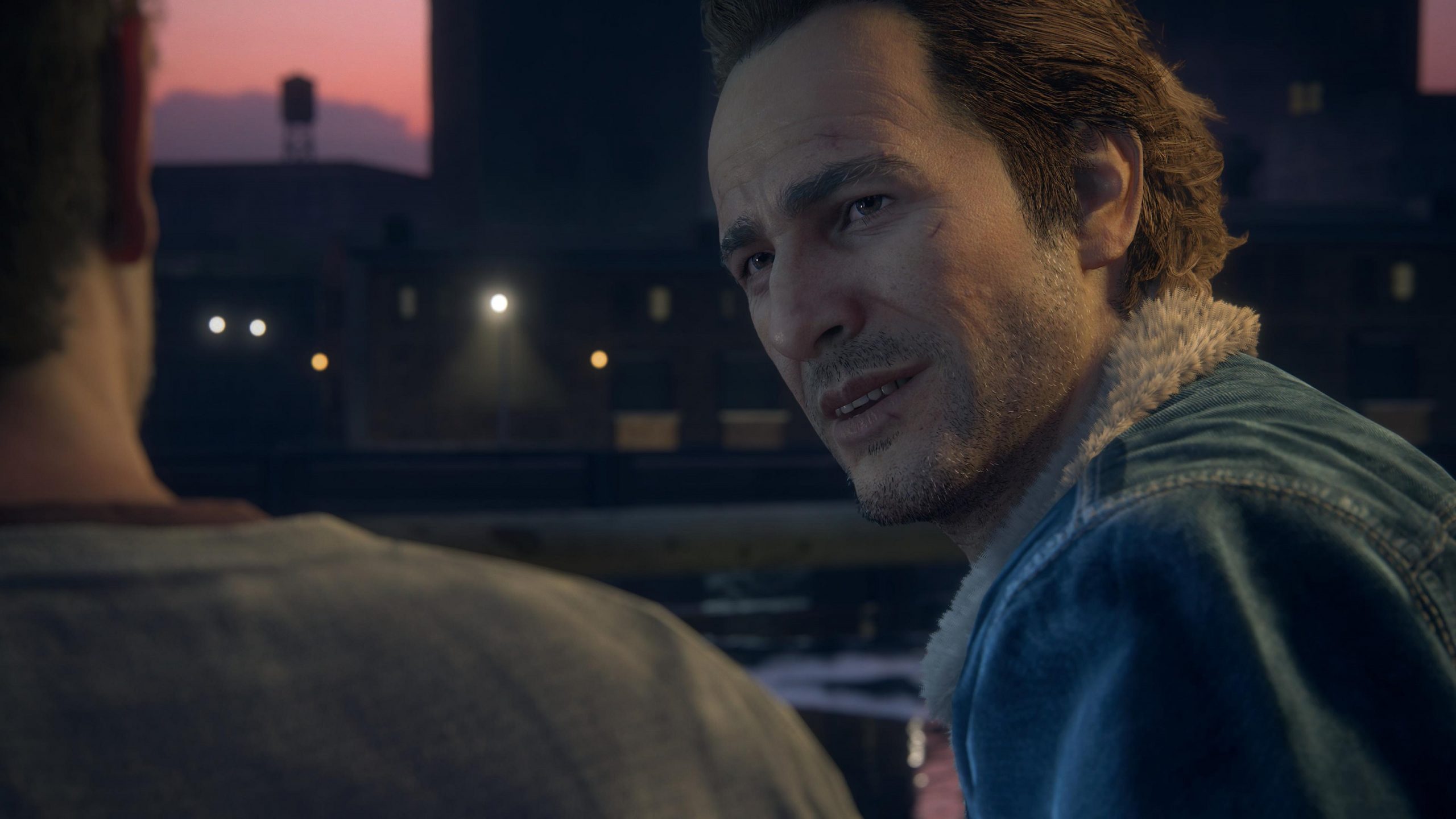 With this varied offer, players of A Thief’s End and Lost Legacy will be able to enjoy a purely next-gen experience. After all, the two games originally designed for PlayStation 4 still manage to rival many triple-A productions thanks to a first-class artistic sector and, as already mentioned earlier, with the incredible realism of the animations. Some details improve in a perceptible way, such as the hair of the characters or the materials of clothes and weapons, not to mention the lush vegetation. In our test, the Performance mode proved to be the most suitable choice to relive the adventures of Nathan and Chloe, being able to guarantee the perfect balance between game fluidity and image cleanliness.

The novelties of the remastered collection do not end here. Being an exclusive production for PS5, The Legacy of Thieves takes advantage of the innovative features of Sony’s next-gen flagship. The support for the DualSense controller and its haptic feedback stands out, thanks to which we can ‘feel’ the punches collected by Nate during the fights, the recoil of Chloe’s weapon in the shootouts, and much more. Less satisfactory, however, the feedback returned by adaptive triggers.

The collection takes full advantage of the speed of the PlayStation 5 SSD to drastically reduce the duration of loads:the transition from the main menu to the game screen will take place in a few moments. The two games also support Sony’s Tempest 3D technology to enhance the sound compartment and capture the player’s attention with enveloping three-dimensional sounds. The result is good, but not shocking, and the placement of sounds is not always accurate.

Summing up, Uncharted: The Legacy of Thieves is confirmed as a really greedy and unmissable package, both for fans of the franchise and for newcomers to the series.

For the former, it will be the perfect opportunity to relive the epic conclusion of Nathan Drake’s story and rediscover the enchanting exotic setting of The Lost Legacy. Players approaching action/adventure for the first time have no reason to ignore this collection, being able to grab two great games for the price of one (€49.99)- for a total of almost 25 hours (or a dozen more for completists). In both cases, The Legacy of Thieves can also be an excellent review before invading Italian cinemas on February 18, the day on which Unchartedwill debut, the first film transposition of the homonymous franchise.

Returning to play the role of Nathan and Chloe was a rewarding experience, to say the least, even after having already dissected the original adventures released on PS4. The improvements made on the technical front rejuvenate two products that had nothing to envy to the recent ‘blockbusters’ and that, therefore, shine even more on a high-performance machine like PS5. These are stories to be enjoyed on a big 4K screen, perhaps with a good pair of headphones, and to be recommended to friends who have not yet tasted the exciting adventures conceived by Naughty Dog.